They are having a record year on the defensive side of the ball, but will face their first real test this week in Baltimore

Many questioned if the offense was good enough to compete. 51 points against Carolina debunked that theory. Jimmy G vs Tom for the Superbowl would be a dream matchup.

Teddy Bridgewater held down the fort nicely, but Drew Brees is back and hasn’t lost a step. They face the Niners in week 14 for top spot in the NFC.

Aaron Rodgers has finally looked like an MVP-caliber player over the last few weeks, and with the defense rolling, we have a very interesting race to the top spot in the NFC.

Sunday will transform them from playoff contender to title contender with a win against New England; and put Lamar Jackson at the top of the MVP race.

They face a surging Cardinals team this week, then have a tough matchup against the 49ers in week 10. Wilson will need to remain on his top game in order for Seattle to come out on top.

They are statistically a middle of the road team on both offense and defense, but they have an easy stretch of games ahead against Pittsburgh, Miami, and Jacksonville, that could keep them at the top of the AFC.

Cook and Mattison are forming the best running back duo in the NFL, and as long as Kirk Cousins can just manage the game, they should be fine to secure a wild card spot in the NFC.

The whole team got embarrassed against Philadelphia, but still feel like a top team. With the exception of this previous week, the defense steps up when necessary, but Josh Allen needs to step up his game to contend.

The win against Kansas City was huge, but losing to Indianapolis set them back. They can avenge themselves week 12 at home. Deshaun Watson is nearing the top three conversation among quarterbacks.

The loss of Patrick Mahomes hurts more than not. Matt Moore hasn’t looked bad, but KC needs their MVP back.

They’re still in wildcard contention, but the defense needs to step it up. They have a cakewalk against Pittsburgh this week, but they face two straight tough defenses in Chicago and Baltimore.

The offense speaks for itself, and they won a statement game against Philadelphia in week seven. A three game sweep of the Giants, Vikings, and Lions could be all they need to keep top spot in the NFC East.

This Eagles team is really hard to figure out. Injuries and lack of talent in the secondary certainly puts them in a bad spot; but they look really good at times. They looked dominant against Buffalo. They face a tough stretch of games against Chicago, New England, and Seattle.

Once Nick Foles is healthy, it will be interesting to see if Minshewmania comes to an end. He hasn’t been great, but they’ve been competitive all year. They are likely out of the playoff race, so getting Minshew some more time to develop could be in order, and just offload Foles in the offseason.

This team without Christian McCaffery is not a sight I want to see. Luckily, he’s fine and is keeping them competitive. I don’t see Cam Newton playing again this season.

They still have an outside shot at a playoff run, but it’s very unlikely.

They have a top three scoring defense in the AFC, and Ryan Tannehill has looked miles better than Mariota. They could piece something together over the next few weeks and shake up the division.

The season is all but over, so they might as well see how Rudolph continues to develop to see if he’s their future franchise quarterback.

Their fourth quarter collapse against Houston turned them into a bottom team in the AFC, after weeks of looking like they could contend for a wild card spot.

Imagine this team with anyone but Mitchell Trubisky under center?

Kyler Murray is finally settling in to the NFL, and they Cardinals don’t look totally anemic on offense anymore.

They eeked out a win against Chicago, but a three game stretch against Green Bay, Oakland, and Kansas City will likely end their season.

Their schedule gets easier later this season, but it could be too late.

The time has come to move on from Jameis Winston

Joe Flacco’s time is done — as if it ever started? Brandon Allen is the starter at the moment; but the time could come for rookie Drew Lock soon.

The team is already looking towards next season to bolster the defense.

I’m still not sure how they managed to beat the Dallas Cowboys.

The biggest dilemma this team faces is whether or not to throw Dwayne Haskins into the fire, or let him sit out the year and gain more practice reps.

I really do think this team could beat Cincinnati.

Andy Dalton got benched on his birthday. That’s how this season is going. 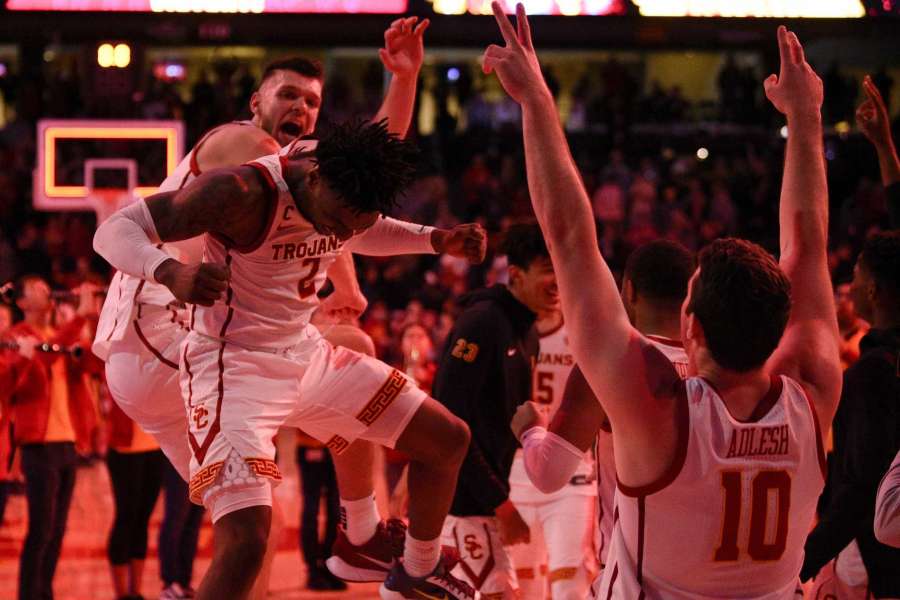 by Nick Hamilton (@NickHamiltonLA) LOS ANGELES – The USC Trojans (15-3) completed the Bay Area sweep due to a thrilling 2nd half and overtime 82-78 victory over the Stanford Cardinal (15-3) at Galen Center. USC moves into first place in the Pac-12, and owns the tiebreaker over Stanford in the standings. With less than 30 […] 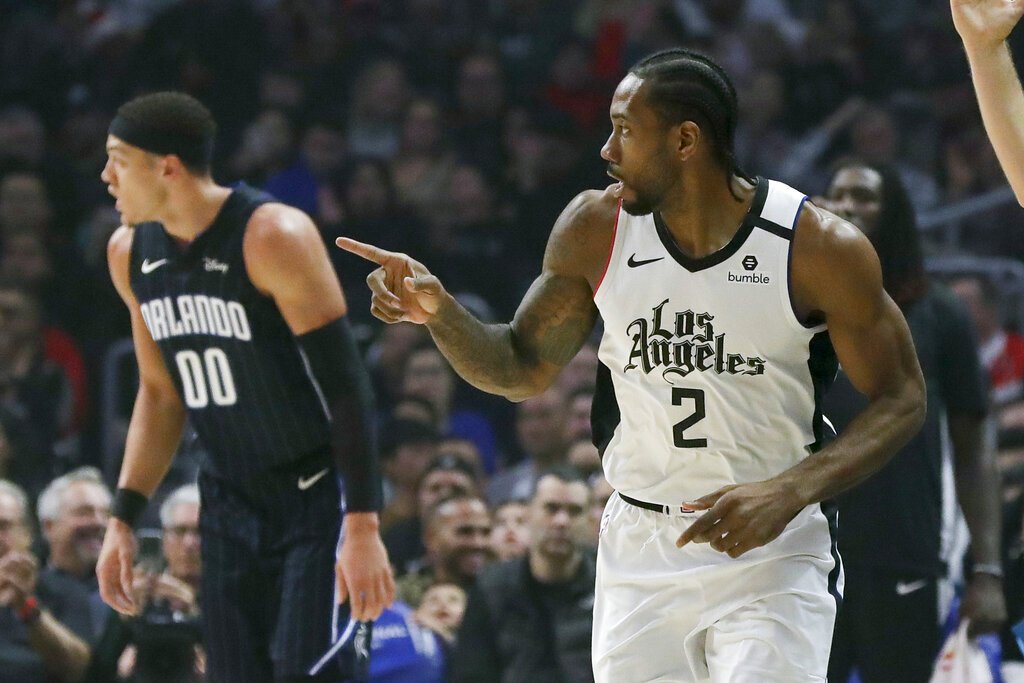 by Chris Camello (@Chris_Camello) LOS ANGELES – In the past few seasons, Kawhi Leonard been known for load management. After suffering a horrendous quad injury in the 2017 playoffs, one could understand why Leonard does it. He’s proven it can work. After missing 20 games last season with the Toronto Raptors, Leonard carried them to […] 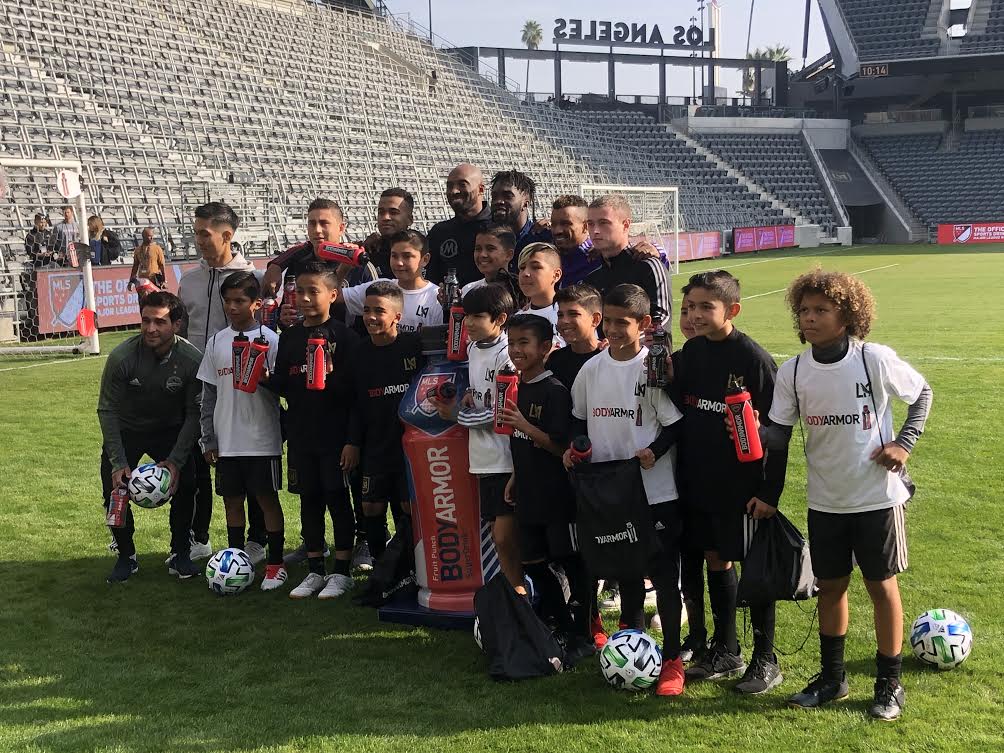 by Nick Hamilton (@NickHamiltonLA) LOS ANGELES – On a breezy sunny day near Downtown Los Angeles, Major League Soccer (MLS) along with Body Armor Sports drink and Kobe Bryant unveiled a brand new partnership as the official hydration drink of the MLS. Many were on hand to celebrate this great partnership that include Body Armor […]